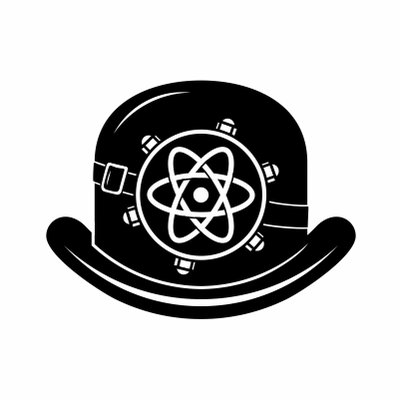 We will be diving deep

https://reactadvanced.com
Kent C. Dodds
Epic React, USA
Talk: Don't Solve Problems, Eliminate Them
Kent C. Dodds is a world renowned speaker, teacher, and trainer and he's actively involved in the open source community as a maintainer and contributor of hundreds of popular npm packages. Kent is the creator of TestingJavaScript.com and he's an instructor on egghead.io and Frontend Masters. He's also a Google Developer Expert. Kent is happily married and the father of four kids. He likes his family, code, JavaScript, and React.
Sid Kshetrapal
GitHub, Netherlands
Talk: Design Systems: Walking the Line Between Flexibility and Consistency
Sid builds tools for developers. In the past, he worked on Design Systems at Auth0 and as the frontend architect at Practo. He loves talking about design, performance and open source.
Anjana Vakil
ObservableHQ, USA
Talk: (Easier) Interactive Data Visualization in React
Anjana suffers from a chronic case of curiosity, which led her from philosophy to English teaching to computational linguistics to software development. As a developer advocate at Observable, these days she codes & teaches from her home base in San Francisco; in the before-times, you could find her speaking at events around the world. She loves to share the joy of programming and advocate for a more diverse, equitable, and ethical tech industry. Ask her about the Recurse Center & Outreachy, she’s an alumna of both!

Maurice de Beijer
Independent Software Consultant and Trainer, Netherlands
Talk: Concurrent Rendering Adventures in React 18
Maurice de Beijer is an independent software consultant and trainer. He specializes in JavaScript, React, and ASP.NET Core. His work includes a large, global, safety application for the oil and gas industry. Maurice is also active in the open source community. He teaches ECMAScript, TypeScript, React, RxJS and ASP.NET courses. Since 2005, he has received Microsoft’s Yearly Most Valuable Professional Award. Maurice is also active in the Dutch dotNed user group and helps organize its meetings.

Nader Dabit
Edge & Node, USA
Talk: Web3 Workshop - Building Your First Dapp
Nader is an author, open source developer, and Developer Relations Engineer working in the blockchain space with Edge & Node and The Graph Protocol.
Brandon Dail
Discord, USA
Talk: Accessibility at Discord
Senior engineer leading accessibility at Discord. React.js core collaborator once upon a time.
Sudhanshu Yadav
Prophecy, India
Talk: Cracking the Concurrent Mode
Architect at Prophecy, Ex HackerRank. A JavaScript and React fan, with a deep interest on internals and making theories on how things work. Have authored BrahmosJS, react-number-format, packagebind and several other OSS tools. Also, runs a meet-up group to discuss internals of different tech stack.
Paul Everitt
JetBrains, USA
Talk: React, TypeScript, and TDD
Paul is the PyCharm/WebStorm Developer Advocate at JetBrains. Before that, Paul was a co-founder of Zope Corporation, taking the first open-source applications.
Alexander Weekes
Toptal, UK
Talk: Designing A Sustainable Freelance Career
Alex's skills as a project manager helped integrate athlete management tech into many UK universities such as Birmingham City University. He joined Toptal to add his expertise in agile methodologies and best practice leadership techniques to help complete innovative projects and add value to end users' products. As a PMI member, he is proficient at operating within a varied company structure from SMEs to enterprise organizations.
Rodrigo Donini
Toptal, Spain
Talk: Designing A Sustainable Freelance Career
Rodrigo is a focused developer who produces digital projects for agencies around the world. He has 20 years of experience using various methodologies and tech in most web and mobile projects. He has a strong knowledge base of the WordPress world and is very engaged with the community: building custom themes, plugins, and core customizations. He specializes in WordPress, developing for the front-end back-end and in managing digital projects.
Colby Fayock
Applitools, USA
Talk: Automating All the Code & Testing Things with GitHub Actions
Learning by doing is the best way to learn and it’s how Colby Fayock helps others learn about Javascript, React, and the static web. His work includes writing on freecodecamp.org, videos on YouTube, and courses on egghead.io as well as his first book 50 Projects for React & the Static Web.
Sunil Pai
Cloudflare, UK
Talk: Living on the Edge
Liran Tal
Snyk, Israel
Talk: Let Me Show You How React Applications Get Hacked in the Real-World
Liran Tal is a software developer, and a GitHub Star, world-recognized for his activism in open source communities and advancing web and Node.js security. He engages in security research through his work in the OpenJS Foundation and the Node.js ecosystem security working group, and further promotes open source supply chain security as an OWASP project lead. Liran is also a published author of Essential Node.js Security and O'Reilly's Serverless Security. At Snyk, he is leading the developer advocacy team and on a mission to empower developers with better dev-first security.
Michel Weststrate
Facebook, UK
Talk: Beyond Virtual Lists: How to Render 100K Items with 100s of Updates/sec in React
Open source fanatic, speaker and trainer. Author of MobX, MobX-State-Tree, Immer and a plethora of smaller packages. On a continuous quest to make programming as natural as possible. React, JavaScript and TypeScript fan. Working at Facebook on dev tooling for mobile developers.
Paulo Ragonha
Mojang Studios, Sweden
Talk: Using React to Build Performant Game UIs in Minecraft
Paulo is currently a tech lead at Mojang Studios, where he is helping improve the UI/UX of the biggest game in the planet (Minecraft). Natively from Brazil, he has moved to Sweden six years ago, enough time to adapt to the cold weather and even enjoy commuting with his bicycle during snowstorms. In the past, he has also ventured in book writing, having published books on automated testing in JavaScript. 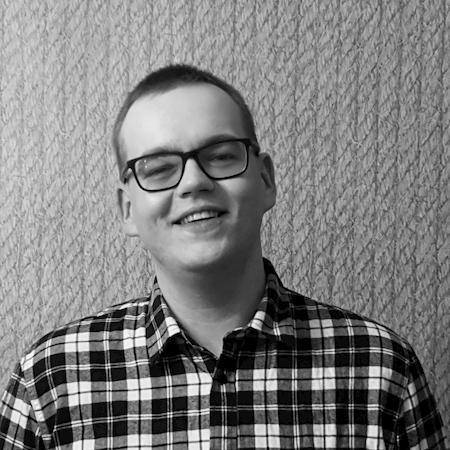 Thomas Findlay
Findlay Web Tech, UK
Talk: Advanced Patterns for API Management in Large-Scale React Applications
Thomas Findlay is a 5 star rated mentor, full-stack developer, consultant, speaker, and technical writer. He is the author of "Vue - The Road To Enterprise" and "React - The Road To Enterprise" books and works with many different technologies such as JavaScript, Vue, Nuxt, React, Next, React Native, Node.js, Tailwind, Firebase, Python, and more. He has obtained MSc in Advanced Computer Science degree with Distinction at Exeter University, as well as First-Class BSc in Web Design & Development at Northumbria University. Over the years, Thomas has worked with many developers and teams from beginners to advanced and helped them build and scale their applications and products. He also mentored a lot of developers and students and helped them progress in their careers.
Maggie Appleton
Egghead, UK
Talk: Visualising React: Metaphors, Models, and Spatial Mediums

Nader Dabit
Edge & Node, USA
Talk: Building Dapps with React
Nader is an author, open source developer, and Developer Relations Engineer working in the blockchain space with Edge & Node and The Graph Protocol.
Sara Vieira
CodeSandbox, Germany
Talk: From Blender to the Web - the Journey of a 3D Model
Sara is a developer at CodeSandbox. GraphQL and Open Source enthusiast. Conference Speaker and Airport expert. She's also a fan of horror movies, has talents such as banging sticks into a drum kit and saying the wrong thing at the wrong time.
Michael Chan
React Podcast, USA
Talk: The Worlds Most Expensive React Component and How to Stop Writing It
Michael Chan is building lunch.dev — a community for hungry developers-creators. He’s the host of React Podcast and makes the best smash burgers in San Diego.
Andreas Roth
Esveo, Germany
Talk: How Typed is Your Framework?
Andreas is a developer, trainer and consultant for all things around the web. His favorite topics include TypeScript, React and GraphQL while still having an eye for the complete ecosystem.
Max Stoiber
GraphCDN, Austria
Talk: How to Edge Cache GraphQL APIs
JavaScript Engineer from Austria in love with React and Node. Previously he worked at GitHub, who acquired the startup he co-founded, Spectrum. He is well known for making styled-components, react-boilerplate, and a wide variety of other open source projects in the React ecosystem.
Nikhil Sharma
Postman, India
Talk: setState, We Need to Talk!
Software Engineer at Postman. I build scalable and reactive web apps with React and some caffeine! OSS contributor and maintainer @ OSSN Blogger @Medium Speaker 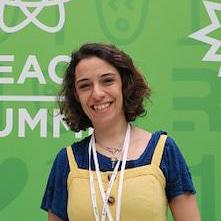