Kent C. Dodds: Consume, build, and teach — and level up your career

Even though his bio offers quite a hefty reading, he only applied for one job in his career. The rest came along as he was building his name as a renowned speaker, teacher, and a prolific figure of the open-source community. How did Kent do it? “Commit to creating high-quality content,” he says. 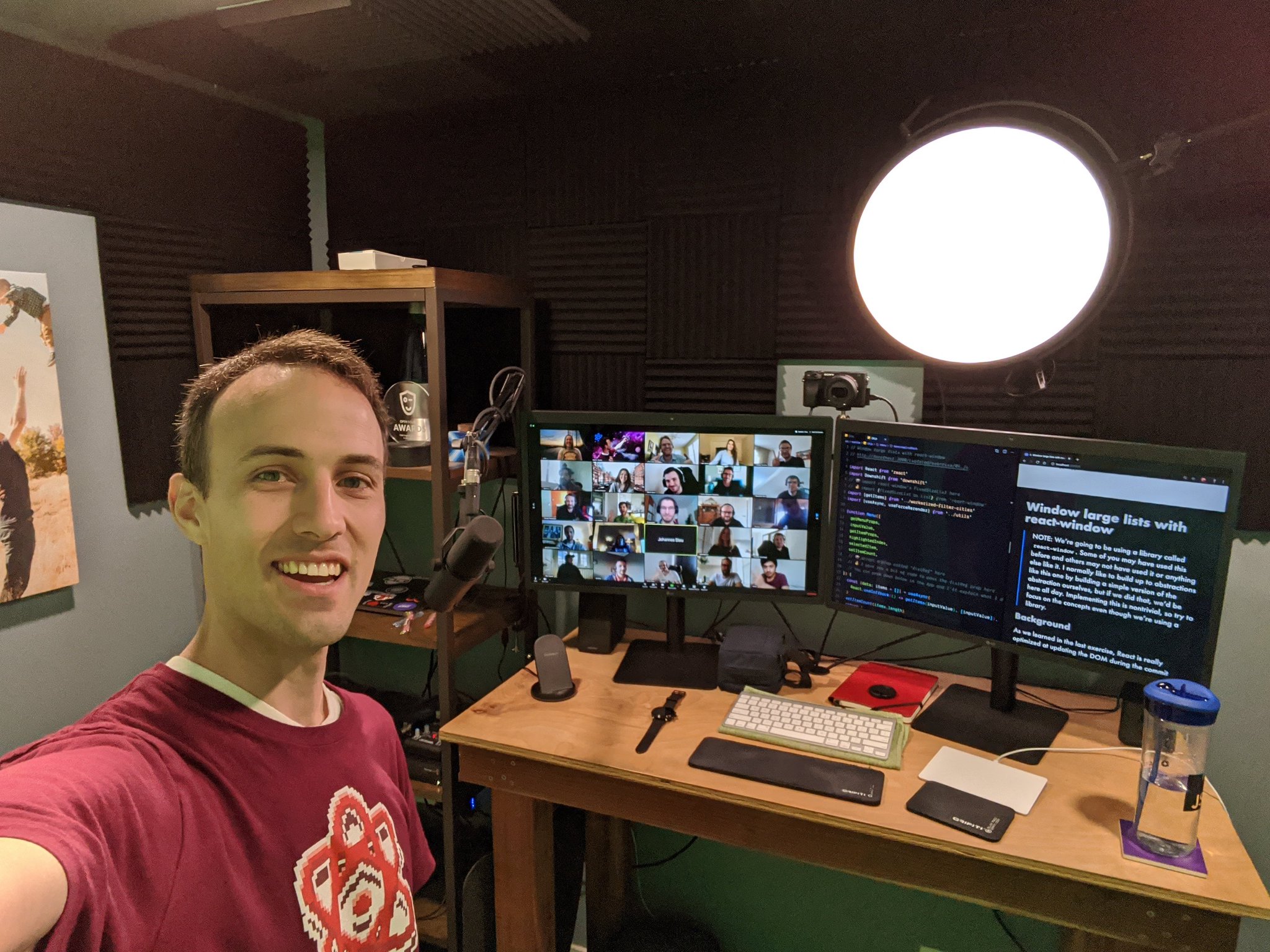 What led you to programming?

I had a friend when I was a teenager who was really into it, and he tried to teach me. But I just couldn't get it — it didn't make any sense to me. So I never really thought I'd get into programming, but I liked computers a lot, and I ended up going to school for electrical engineering.

Well, that didn't work because I'm not good at math. But right when I started the program, I got a job at a company uploading videos to YouTube and that sort of thing. The work was tedious, so I decided to write a computer program to automate lots of the work I was doing with the knowledge I had about programming. And that was the first spark of things for me to use programming to solve real-world problems.

Committing to creating high-quality content. That might sound obvious because I'm a full-time educator now, but I would not have gotten my job at PayPal if I hadn't been so active with my blog. In fact, lots of my jobs came out of me being involved in the community around meetups, conferences, or open-source projects.

How do you choose topics for the content you create, be it for your blog or podcast?

I don't think too much about the content other people are creating. And I don't often consume it. My ideas come from the things that I'm working on, things that I'm learning myself, or — when I was working with a team of developers — the things that I had to remind people of in code reviews regularly. Anytime that I would have a code review comment that was pretty long to describe my position, that was an excellent opportunity for a blog post. Also, if people ask me about a topic regularly, I'll make a blog post rather than answer that question multiple times. 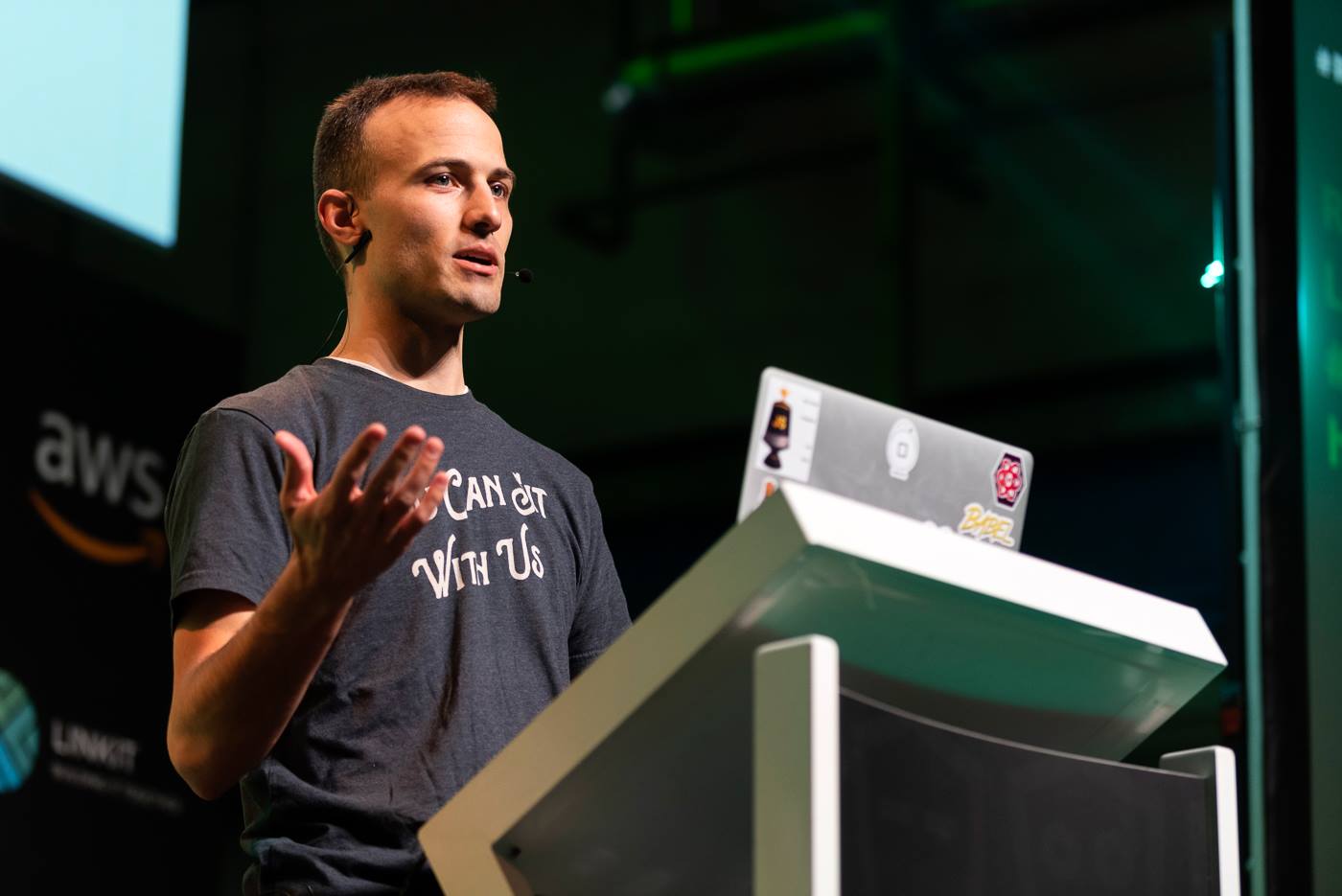 The number one thing I tell people is to be a nice person. I know that sounds fluffy or silly, but it cannot be overstated. You will get so much further in your career and just in life in general if you're a nice person. That doesn't mean that you take people being jerks lying down, but how you interact with others is out of kindness. You could be the best engineer in the entire world, but if you're not a nice person, you will not reach your full potential or accomplish your goals, whatever they may be.

Second, it's just as important to decide what you are not going to learn as it is to decide what you are going to learn. You could jump into countless things — and there are successful people who are polyglot programmers, but I can't speak to that a whole lot. All I can tell you is that in my experience, focusing on specific things that I want to be truly good at has worked out great for my career. That doesn't mean that I closed myself off to other things. With my website rewrite, I have been doing a lot of dev ops-related work and a lot of back-end stuff that I've typically not been involved in. You want to keep your head up on what's going on outside of what you're doing so that you know what direction to go in when you come across problems you need to solve. However, finding a focus on what you want to be good at has helped me a lot. That way, you feel a little less stressed.

And the third one?

Learn how to learn effectively. It's a three-step process: you consume, build, and teach. The consumption of newsletters and Twitter and whatever inspires you, but you don't want to spend too much time doing that — implementing it into actually building something matters. This happens naturally if you work at a company, but maybe you're not making the things you want to learn, so you may want to start a side project. The building phase is where you get experience, but you also want to solidify that experience. How? You start teaching. You don't necessarily have to teach it to people, it could be stuffed animals. The goal of the teaching is to retain in your mind what you've learned through the building process.

What are you working on right now?

The big thing I'm working on right now is a rewrite of my website. It'll be much more than just a developer portfolio — I'll have user accounts, and there'll be fun things that you can do with it. And because it's more than just a website, I'm using Remix, a new cool framework in the React ecosystem. I'm also working on updating my material on TestingJavaScript.com and a TypeScript course as well.

So, whatever I'm working on, it ends up resulting in lots of opportunities for content. 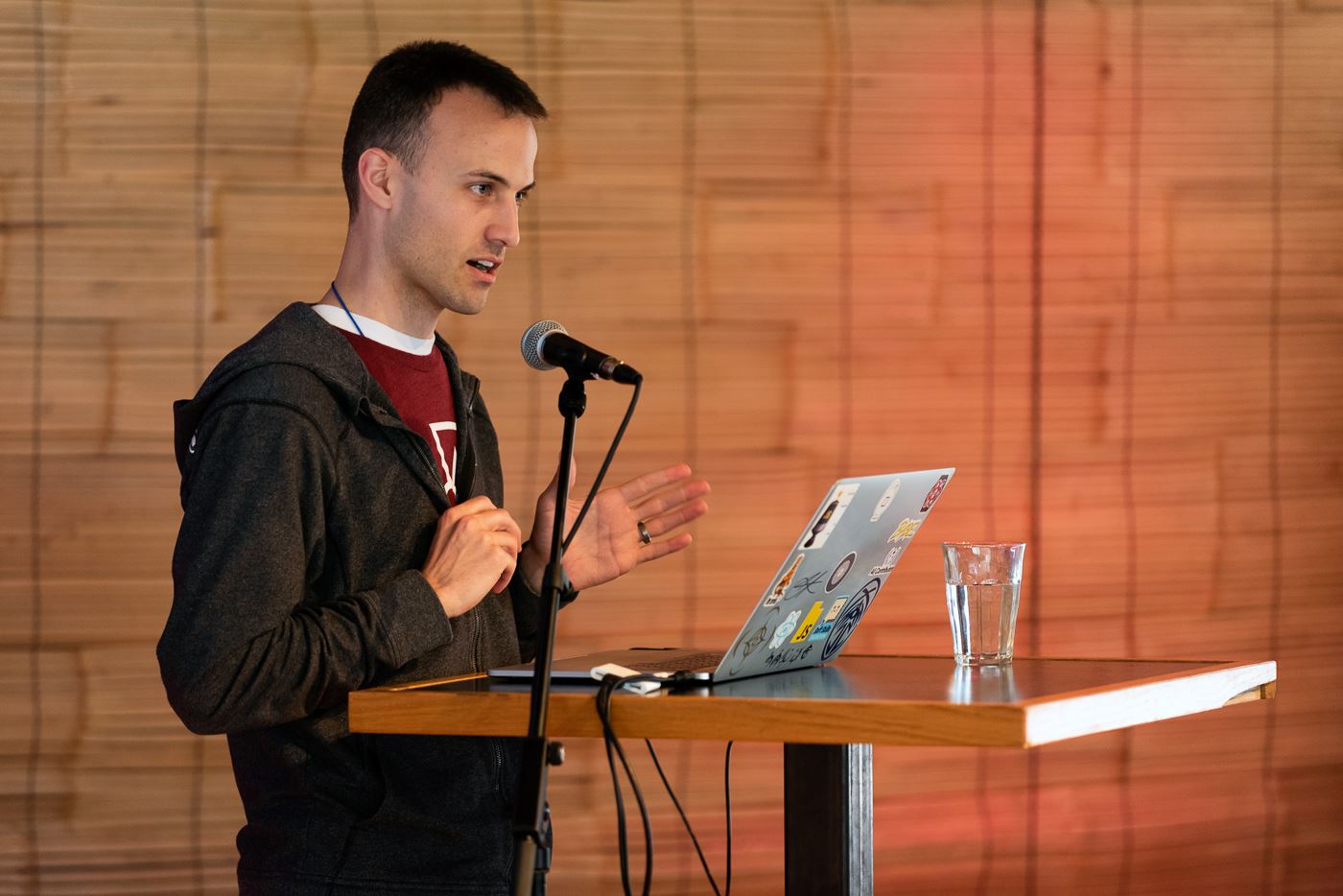 Do you have some rituals that keep you focused and goal-oriented?

I have a notepad where I keep all of my notes of what I'm going to do for the day so that when I'm checking things off, I'm not distracted notifications. I've tried apps for that, and that does not work well for me.

I also am a firm believer in inbox zero. I have my work inbox and my personal inbox, and I keep them both at zero. And I kind of use that as a to-do list.

And if I'm not feeling excited about working for some reason, I will often hop on my Onewheel, which is an electric skateboard that only has one giant wheel in the middle. It's just a total blast, and I'll hop on that with my backpack and a charger, and I'll go to a Starbucks or a park just to declutter my mind.

What things in the React universe are you excited about right now?

React version 18 is coming out soon. The experimental version is out there, and it's fun to play with. I'm just really thrilled that it's no longer a concurrent mode but concurrent features that you can opt into. Cool things like that will enable React server components in the future.

But the biggest thing I'm excited about is Remix. That's huge. It eliminates a lot of problems that are solved well other tools, but when I'm using Remix, I don't have those problems, so I don't need those clusters.

You already said that teaching is an integral part of the learning process, and you stand your word since you're also a full-time educator. What inspired you to enter this field?

I have been a teacher for as long as I can remember. I grew up in a church where you talk in front of your peers from a very young age, and my mom was an elementary school teacher, so teaching has just always been a part of me.

I really just enjoy sharing what I'm learning with others. As far as teaching technical topics, I gave my first workshop when I was still a student at Brigham Young University. With my fellow, we taught how to use AngularJS, and I got Firebase to sponsor pizza so they would show up, and that was pretty fun.

Then I started teaching on the side at egghead.io right after I'd graduated. That was when I first got a paycheck for teaching. And I realized that teaching could be quite lucrative and support my family and me as a full-time endeavor. So I did it — I quit my job. I'm a very risk-averse person, so I'd done teaching as a side hustle for four years just to verify that I could make this work.

When TestingJavaScript was released, and I got that paycheck, I realized that I didn't need my PayPal salary anymore. I could just focus my daytime on teaching and give my evenings back to my family, which was a nice trait.

Apart from that, how has teaching impacted your career?

Earlier I mentioned that pretty much all of my jobs came because I was perceived as an expert. After the first job, where I was an intern and then converted into full-time, I never applied to another. I worked for four different companies, and they wouldn't have recruited me if they didn't know who I was and what I was doing. My content is how they knew who I was — I just made it easy for them to find me. Teaching made that impact. It made my career.

We talked about React and Remix. Are there any other open-source projects that you'd recommend keeping an eye on or contributing to?

I have some myself. React Testing Library is probably the biggest one that people are familiar with. And if React isn't your jam, then other framework versions of the testing library.

React Query is also really popular. If you're using Remix, you don't need it, but if you're not, I strongly advise using React Query cause it's a stellar, fantastic library, and Tanner Linsley, the creator, is a stellar and fantastic person.

Probably the biggest thing I've ever done is EpicReact.Dev. It has helped tens of thousands of people get really good at React, improve their careers and make the world a better place with the skills that they develop. My whole mission is to make the world a better place through quality software, and I feel like I've done that best with Epic React.

There are things that I've built at other companies that are still in use, and I'm proud of those cause they've stood the test of time, at least these last few years. But of everything, I think Epic React has made the biggest impact.